This past weekend I hacked together a new Emacs color theme that is essentially a port of a Atom.io’s One Dark theme. 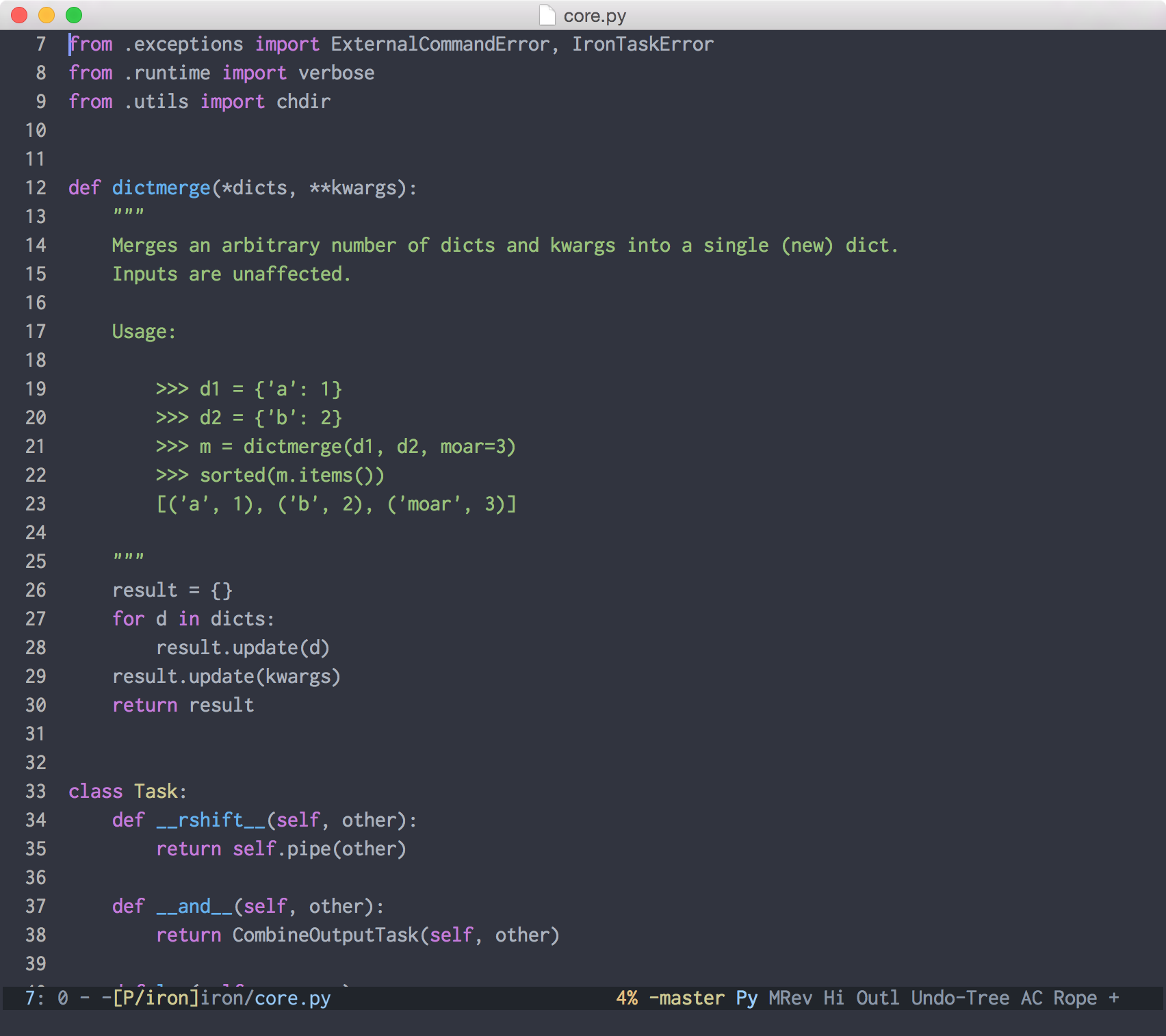 Here’s the repo for this - One Dark Theme for Emacs

It is based off of the official syntax and UI themes:

I use Emacs as my main text editor for any kind of real work, but I do like to keep up the other editors out there just to keep my ear to the ground. That’s pretty much how I discovered that they added a new core theme called One Dark - when I opened up Atom the other day. :)

And while many may joke around that the world needs “yet another text editor”, I think Atom.io is doing some really great things. For starters, I was really impressed by the active community they already have. Their packaging system really isn’t anything new by standards today, and it’s also arguable that being built by GitHub immediately drew more interest and adoption simply because of the big name backing it, but you can’t deny the sheer number of active participants submitting new, quality packages each day.

Back to the Emacs theme itself, it is a work in progress and pull requests are greatly welcomed! I have not thoroughly covered some of the commonly used modes yet (org-mode for starters), so those tweaks will be forthcoming.

In the screenshot, for those curious the font is Inconsolata and I use smart-mode-line. My whole emacs config can be found in essentially one file here.